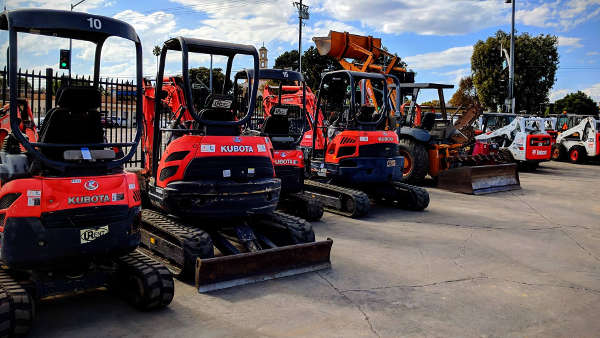 In 1988, Jay Gunn and his brothers Don and David were using trailers on weekends to haul used furniture they were selling on the side of road off Ohlen Road and 183. With the trailers sitting idle all week, they decided to start renting them for the rate of $20 a day. In a matter of days they had their first rental, and a new business was born. The name of that company was Three Gunn Enterprises, Inc., and it eventually operated over 300 rental trailers at an average of 20 to 50 stores, from 1988 through 1995, similar to U-Haul except that they did not offer one-way rentals. Being spread out from San Antonio to Waco, and Bastrop to Johnson City, became unmanageable in many respects. They were operating through other businesses, and sharing the revenue gave them too little control over the quality and details of customer service.

In January 1996 all trailers were sold off and Top Gunn Equipment Rentals, Inc. was born. We had acquired our South 1st Street location and offered $20 a day trailer rentals and vehicle inspections. Within a couple of months we slowly began acquiring different lines of rental equipment and our present business model was formed. In 2000, a north location on W. Anderson Lane became available, and we opened our North Store. In 2005, we branched out into Lawn & Garden Equipment sales when we began selling Stihl Outdoor Power Equipment. Then we really got brave and added Hustler Zero Turn Mowers to our lineup in 2006. After that, we decided to do service work for customers on pretty much anything we rent or sell as well. In 2012 having long out grown the north location, we were able to acquire a larger location directly across the street and now operate at 7920 Anderson Square, with a 10,000 sq. ft. warehouse and showroom. It was a huge relief for us, our customers, and our employees. We finally had enough room to provide better, faster, and more organized customer service.

In 2010, Brandon Marrs left a local competitor after helping it grow substantially the previous 10 years, and was named General Manager of Top Gunn. The Marrs family purchased a sizeable portion of stock from the Gunn family in 2015 and a partnership was born!

Unfortunately, we lost Jay in December of 2016. He had bravely battled throat cancer, COPD, bacterial infections, and numerous other physical issues over a 15 year time period. In spite of all his ailments, he was an inspiration to everyone he knew because of his love and kindness for others, and his grit and determination to never let his health slow him down. Brandon has since taken over as President of Top Gunn, with Jay’s wife Corinna Gunn still very much involved in the company (mainly keeping Brandon out of trouble as she did Jay for so many years.

Since 1996, we have grown from one employee to almost 30 employees. Our product lines are expanding all the time and we are now currently dealers for Hustler, Toro, Walker and Husqvarna Mowers, plus Stihl and Husqvarana Outdoor Power Equipment, Top Hat and Texas Bragg Trailers, Kawasaki Engines and much more.

Browse our online catalog or just call us, we are here to help, and we’ll always shoot ya straight!!